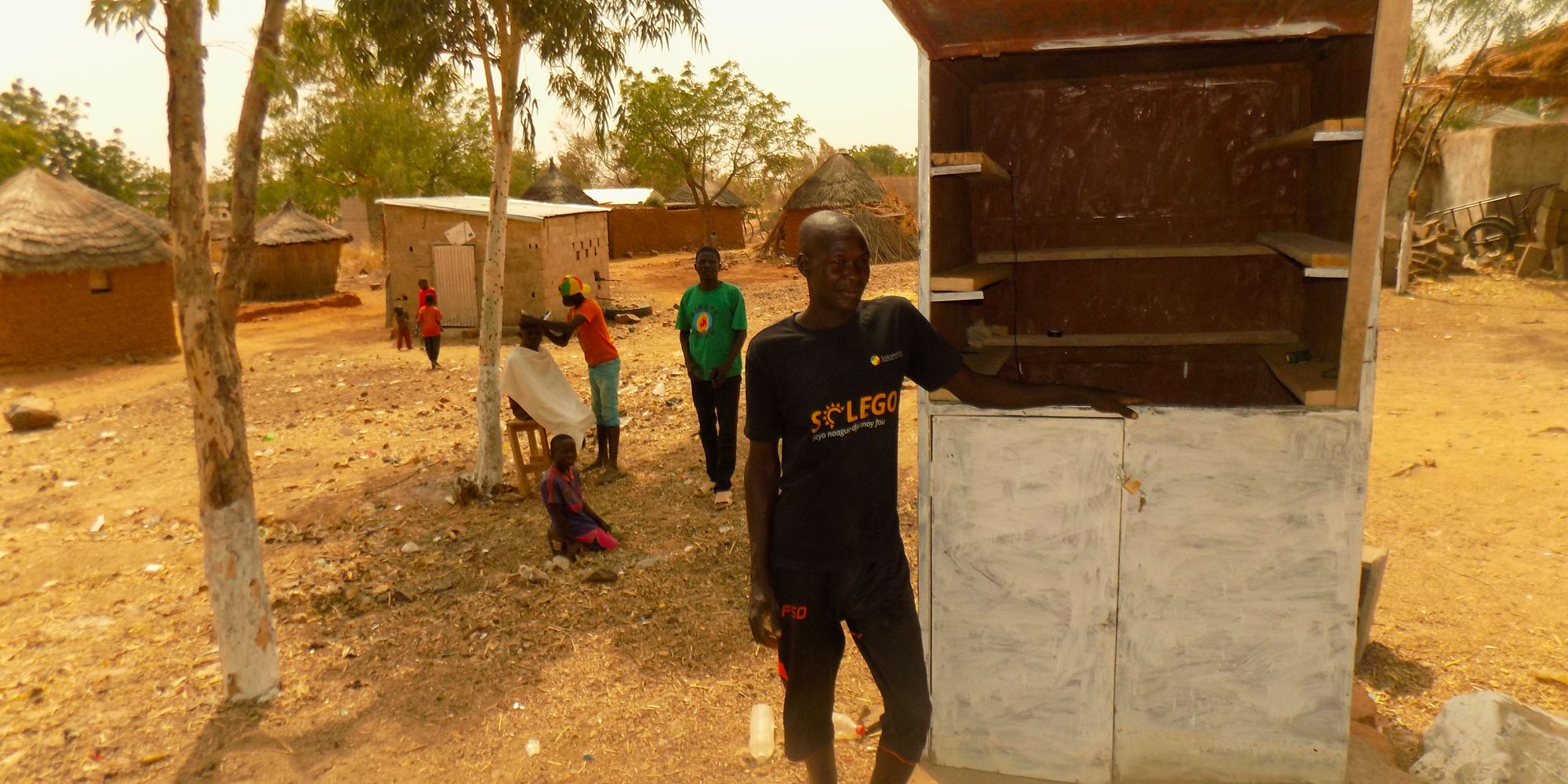 Ngamu Nyouma is a 42 years old man who lives with his 3 wifes in Sekande, a small village at the outskirts of Maroua, northern Cameroon.   Electricity lines are running close by but for most of the villagers a connection is too expensive. He used to earn some money with his livestock but this is managed by his oldest son now.    To earn additional income he was searching for additional income sources. When he heared about the Solego Haircutting system he knew this would be a good way to generate income. Especially the Pay-as-you-go option made the system extremely attractive to him. For the initial payment of 81,600 CFA (142 $) he was selling some of his life-stock and set up a small shop directly at the road.

This business created great attention quickly and he was able to upgrade his shop.

Everyday he has between 2-4 customers for haircuts and at least 10 people who need to charge their phones. This generates around 1,600 CFA (3$) per day which is enough of paying of his credit of 640 CFA per day and leaves him with around 1000 CFA profit. After 18 month his credit will be paid off, but he aims to pay the credit back earlier in order to purchase another system that he plans to set up in another location. But not only does the system generate income, it also has in impact to his at home.
After he is closing his business he takes the system to his home. It is the first time the family has light at home. Especially the kids and his wife are enjoying the possibility to prolong their activities to the early night.In addition to that he was able to provide light to his neighbours and improve the social cohesion in his community.  Since the neighbours don´t have money and need help he gives out the light for free.

Solarworx receives iF Design award Gold 2022 for Solego redesign
May 16, 2022